The emphasis on environmentally-friendly engineering and materials has impacted every part of daily life, and connector plating is no exception. Achieving RoHS and REACH compliance means moving away from traditional plating solutions such as cadmium, which engineers have depended on for reliable performance in extremely harsh environments, and seeking out new solutions that are equally as effective.

Harsh environment conditions complicate any design, and electrical connectors are no exception. These environments can include exposure to moisture, corrosive liquids (e.g., salt water, sanitizing chemicals), abrasive dusts, extreme temperatures, and outdoor elements (e.g., UV exposure, wide temperature differentials). There may be shock, vibration, and EMI involved as well. And these environments are extremely common, particularly in transportation, military, and aerospace applications.

While the market standard shell material for electrical connectors is aluminum, for aluminum to perform reliably and have the necessary durability in a harsh environment , it must have a special protective coating known as plating. Plating provides the needed corrosion resistance and can, depending on the type of plating chosen, offer additional benefits such as EMI shielding, conductivity, and various color choices.

For many years, cadmium-based connector plating has been the prefered choice for harsh environment connectors. It offered several different benefits, such as…


Even though cadmium performs well as a harsh environment connector plating, there are some issues involving its impact on the environment and undesirable consequences resulting from long term use. These issues are compounded when cadmium plating is used on equipment that require washdowns as part of their regular maintenance.

Why Plating Alternatives Are Needed

Needless to say, the use of cadmium has become heavily regulated through environmental legislation both at the national and international level. This has led to a strong demand for cadmium-free, non-toxic connector plating that is RoHS- and REACH-compliant while still providing outstanding performance in harsh environments.

In addition, some end-users are seeking solutions that are completely free of cadmium as well as other plating materials that have been found toxic. Chromium VI, also known as hexavalent chromium, which has been used as a passivation layer on cadmium platings, has also been found to be problematic. This has led to a demand for connector platings that are Chromium VI free in both product and process.

There are very good non-toxic alternatives to cadmium-based harsh environment connector platings that are compliant with RoHS and REACH standards. Epoxyurethanic varnish provides excellent corrosion resistance rated to 500 hours of static salt spray and is commonly seen in outdoor applications. It is widely recommended for use in the railway industry but should be avoided when signal integrity is a critical factor. Note that epoxyurethanic varnish plating is usually black in color. 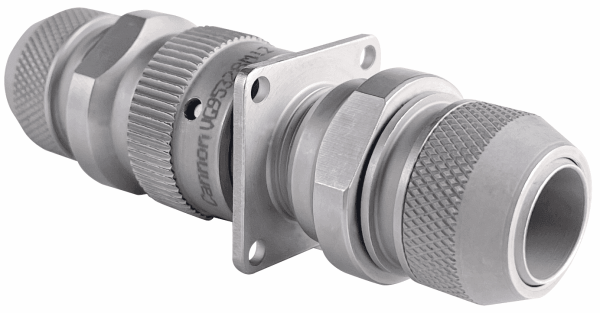 For industrial applications that need a high-performance plating, Blue Generation Zinc Nickel (ZnNi) is an excellent option and is found in applications including construction, and transportation settings. ZnNi offers better EMI shielding and corrosion resistance (rated for 500 hours of static salt spray) than ZnCo. 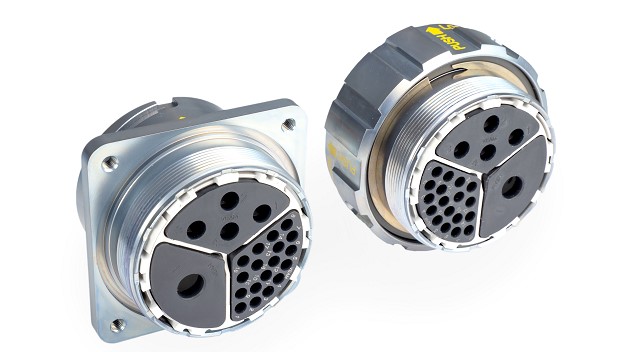 Tin Zinc J and Blue Generation ZnNi connector platings are the most comparable to cadmium and offer the high performance needed in the harshest environments. Of these two cadmium alternatives, Tin Zinc J has been found the best choice for the challenges related to military applications while Blue Generation ZiNi effectively meets the needs of aggressive industrial environments.

Cadmium has long been the connector plating of choice when it comes to harsh environments, but end-users and connector manufacturers are moving away from it because of RoHS and REACH compliance issues. Fortunately, there are viable alternatives that still provide excellent performance while avoiding problematic environmental and health issues associated with cadmium.

Among these alternatives is Tin Zinc J from ITT Cannon and Veam. Providing 5 days/500 hours salt spray and shielding performance, this cadmium-free, high-performance plating solution is highly conductive (< 5 mOhm) and available in non-reflective matte gray. While originally engineered for ultra-harsh military environments, it is suitable for any applications for which a reliable alternative to cadmium-based plating is needed. Tin Zinc J is both RoHS and REACH compliant, chrome VI-free in product and process, and backward compatible to ITT cadmium-based platings.

Contact ITT Cannon today to learn how you can leverage the outstanding plating characteristics of Tin Zinc J for your projects!