Connector reliability is critical to the success of any product that relies on electrical power and signals. And this means that the ability to predict a connector’s performance (or lack thereof) in any of the conditions it might encounter is extremely important--but is it possible?

Many engineers are simply not aware that there are predictive, proactive means to demonstrate the reliable performance of their connectors under nearly all conditions: Hertz stress.

What is Hertz Stress?

Hertz stress, sometimes referred to as Hertz force, is used to calculate how much stress is generated when two curved surfaces (1) come into contact with each other and (2) deform slightly under the loads involved. Remember that the basic definition of stress is force per unit area. With the image below, we can see that the same force can be applied to the contacts but, due to the reduced area involved with the curved surface on the right, the stress will be higher.

Figure 2. Stress is going to be higher in the system shown on the right because the curved surface results in less surface compared to the rectangular area.

Why Hertz Stress is Important

In the context of electronic connectors, a higher Hertz stress means there is more material contact between the connector pins. And that leads to reliable contact and connector performance.

When we look at metal connector contacts, we typically see a nice, smooth surface. However, on a microscopic level, the surface is much rougher with high points called asperities or A-spots. These asperities are what actually form the touchpoints on connector contacts through which current flows. The number of A-spots present depends on several things, including the hardness of the metals, the surface finish of the contact points, contact geometry, and how much force is used to press the two pieces of metal together.

This is illustrated by the contact resistance film diagram in Figure 3. 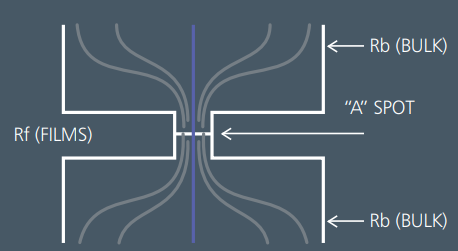 Of the three types of resistance just discussed, contact film, which is a naturally occurring thin film that affects metals, is considered the most significant. All metals have some kind of contact film present, and the thicker that film is the higher the current resistance and the more unstable the Hertz stress levels are.

That film needs to be penetrated to achieve a good connection, but there is a caveat: using too much force to pierce the film can cause just as many problems, including metal fatigue and connector failure. The solution is a better contact pin design, and that takes us back to Hertz stress levels.

As noted above, higher Hertz stress means more material contact between the connector contacts. The higher stresses are able to better pierce the problematic contact film and achieve a stable contact between the A-spots for reduced resistance and a more reliable connection. But if the film is especially thick, like is often seen on older metals, no amount of force is going to effectively pierce that film. And remember that using too much force is going to cause even more problems.

There is a secondary solution that can deal with thick films: contact wiping. In this context, wiping is defined as the action of a moveable contact against a stationary contact in order to push aside film and other debris to achieve stable contact resistance. This leads back to Hertz stresses: with enough Hertz stress, it becomes possible to shear the contact film and remove any debris. This means that instead of just piercing the film, the contact surfaces will be able to shear through it. This is not necessarily possible when contacts depend only on normal forces.

Hertz stress is an excellent way to quantify the performance of connector contacts, indicating how well they can achieve a stable connection. The magnitude of Hertz stress indicates how much the resistance due to contact film can be overcome both through supporting the asperities as they pierce through it and achieving the necessary shear to overcome it.

Making the Most of Hertz Stresses

The domed mating area on the ITT Cannon Universal Contact shown below performs extremely well both on Hertz testing and in the field where customers around the world have proven its ruggedness and dependability. These universal contacts are used in an extremely wide range of applications that include smoke detectors, key fobs, military radios, smartphones, and laptops. 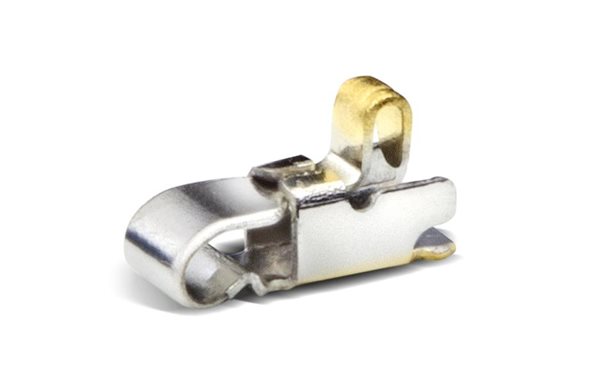 Other connector styles, such as the ITT Cannon QLC ZIF connector shown below, make use of a carefully designed cam system to achieve the necessary levels of Hertz stresses to ensure good contact despite the presence of contact films. These highly reliable connectors can often be found in medical devices and industrial automation. 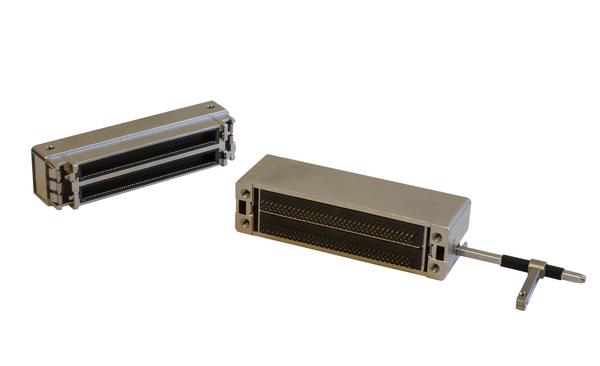 Hertz stress takes into account not just achieving basic contact between moving and stationary contact pins, but the ability to shear through the contact film to further create a stable and reliable electrical contact. In their portfolio, ITT Cannon has a number of series that deliver exceptional Hertz stress performance levels to achieve the performance and dependability our customers need. Not only do our connector solutions perform well on paper and in the laboratory, but they can also be counted on in the field as well.